Event binding let’s Angular listen and interact with user-based actions such as clicks, keystrokes, movements using the mouse or touchpad, and touch. Angular takes care of configuring the event handler for the event that is targeted. The event is then raised either by a directive or component. The statement in the template is then executed by the handler. An action is then carried out by the statement in the template due to the event being raised.

How event binding works in Angular

Event binding in Angular has its own syntax. It is the event name surrounded by round brackets (), followed by an equal sign, and then the name of a statement.

Let’s break this down:

In the above example, event binding is listening for the click event to occur on the button. Once this happens, a call is made to the close method that is part of the same component as the button any time the user clicks on the button. 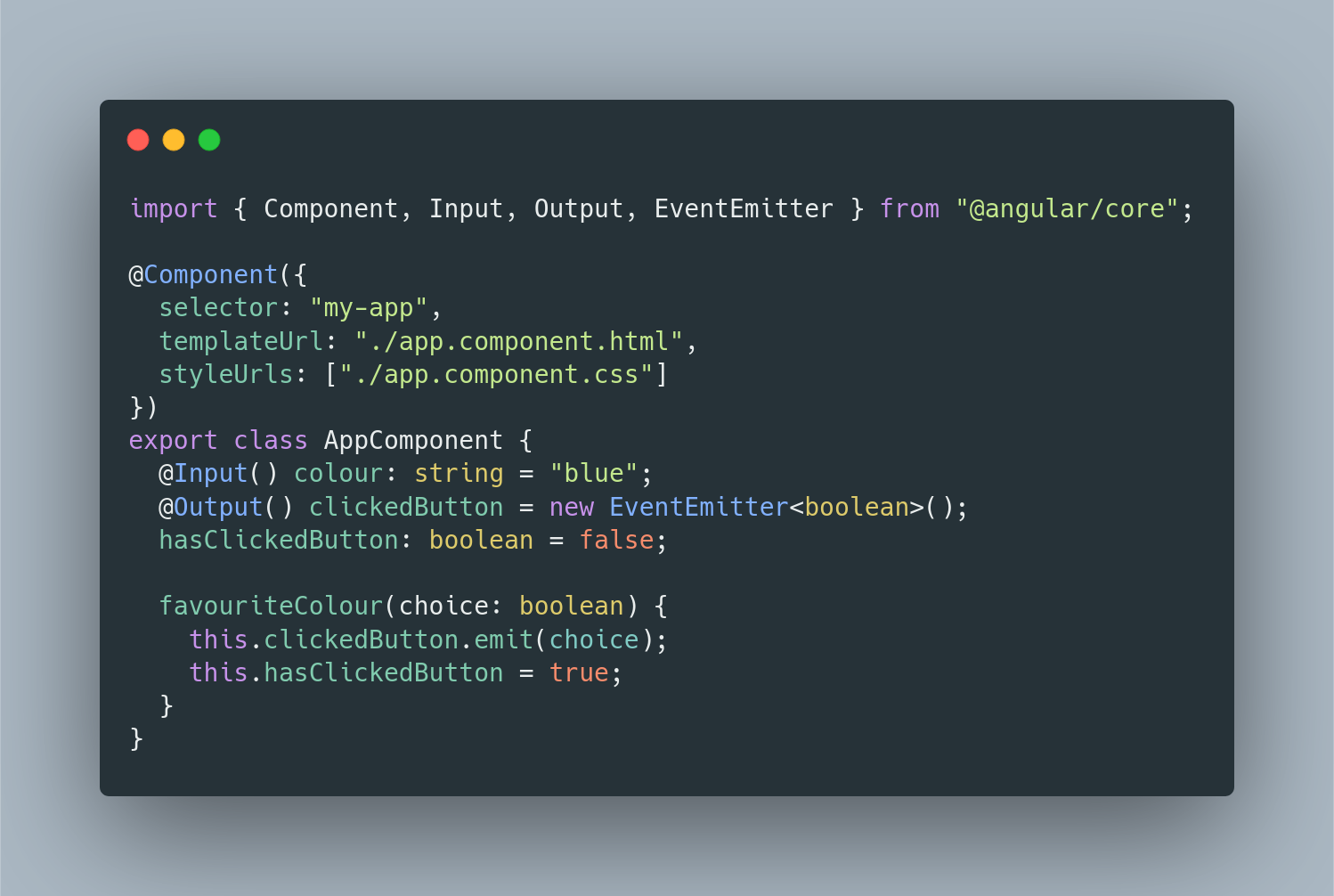 How to determine an event target

In order to determine an event target simply add $event in your template. For example, in the example above, we can pass $event as follows:

We would also need to change the type for the choice parameter in app.component.ts from boolean to any. Changing the type to any is only done for demonstrative purposes and generally should not be used when writing production code.

If we console the $event object, we get the following:

The $event object usually has within it what the method that handles the event needs.